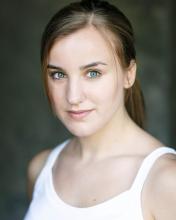 Sarah is a performer, writer and drama practitioner. She graduated from the University of Birmingham with a First Class Honours degree in Drama and Theatre Arts, and also holds an MA in Theatre for Young Audiences from Rose Bruford College. She is currently writing a short film, Soap, for children ages 4-8.